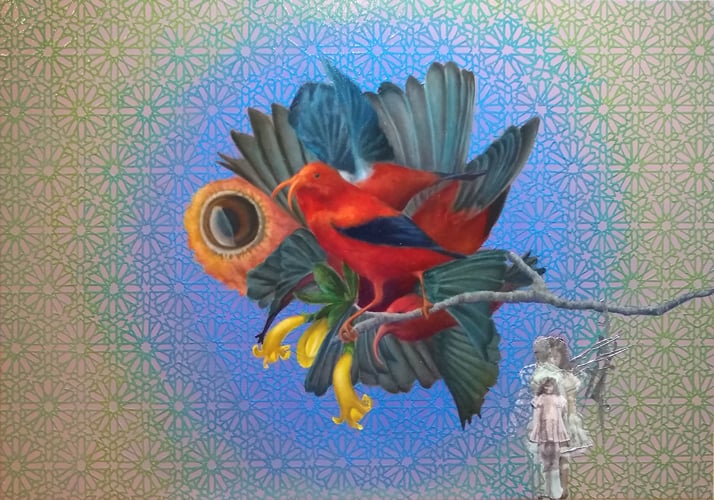 The I'iwi is a Hawaiian honeycreeper with a slender curved bill, an iconic Hawaiian bird species. Nearly seventy percent of Hawaiian forest bird species have gone extinct, but this brilliant crimson bird seemingly from another by-gone era represents some of that which remains. Remarkably, conservationists are preserving its rain forest habitat from its destruction by feral animals like pigs--called the wao akua (realm of the gods), and controlling rodent predators. However, the species is particularly susceptible to bird malaria and its range is limited to high elevation zones where mosquitoes are fewer in numbers. The silk imagery of the artist both as a young girl and woman is stitched onto the canvas as witness to the species on the edge of survival.